From Jeanne Moreau to Jane Birkin to Pharrell Williams, this historic piece has occupied the wardrobes of all the greatest fashion icons. A look back at the history of Chanel’s most timeless item: the tweed jacket.

Imagined for the first time by Gabrielle Chanel, Chanel’s iconic tweed jacket is without a doubt the most prized item of the house. After having crossed the ages and survived all the trends, the famous Chanel jacket comes back for the umpteenth time on the catwalks for the spring-summer 2021 collection, and we still can’t get tired of it.

It was in the mid-1920s, while Coco Chanel was in Scotland, accompanied by the Duke of Westminster, that the designer of one of the greatest houses of all time discovered the emblematic material that was to become inseparable from her creations: tweed. Borrowing a jacket that belonged to her friend, the Duke of Westminster, Gabrielle Chanel was already shaking up the codes of the feminine/masculine, which she will continue to do throughout her career. 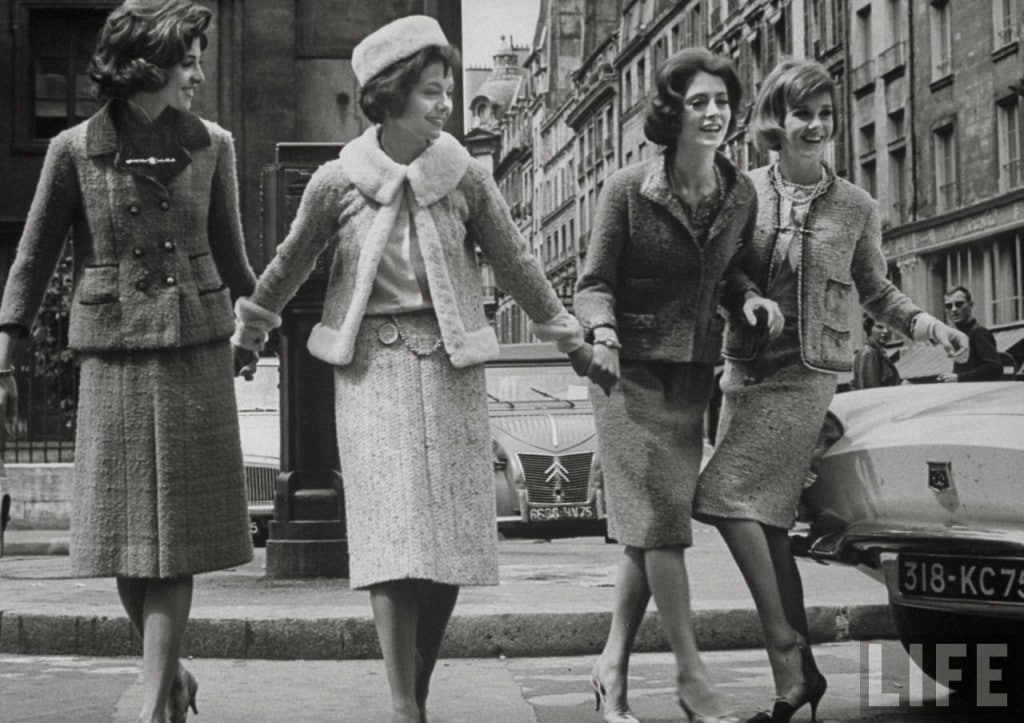 Since her first boutiques in Deauville, which had the name “Gabrielle Chanel”, and then in Biarritz at the beginning of the 20th century, Gabrielle Chanel militates in her own way for the liberation of women’s bodies. She makes her suits using jersey, a material that was then reserved for underwear, developing her vision of the modern woman’s silhouette.

“I who love women, I wanted to put her suits in which she is comfortable and which, at the same time, underline her femininity“, she explained.

Forced to close her store in 1939 when the Second World War was declared, Coco Chanel concentrated on making perfumes, including the famous Chanel n°5. In 1944, after the Liberation, Gabrielle Chanel took refuge in Switzerland and it was not until the early 1950s that she returned to tweed.

Indeed, while on holiday in Salzburg, Austria, the designer was struck by the uniforms worn by the elevator boys in the hotel where she was staying. So in 1954, Coco Chanel, then aged 71, revisited these lift jackets, the collar and shoulder pads disappearing to make way for a braid and buttons stamped with the symbol of the house. The tweed jacket was presented for the first time on the occasion of the reopening of the headquarters of her house, at 31 rue Cambon in Paris.

The famous tweed jacket was initially poorly received because of the designer’s long absence, but this poor reception was also due to the fact that Coco Chanel’s collection as opposed to the New Look style that was then all the rage at Christian Dior. While American newspapers praised it, the French press spoke of “flop“. 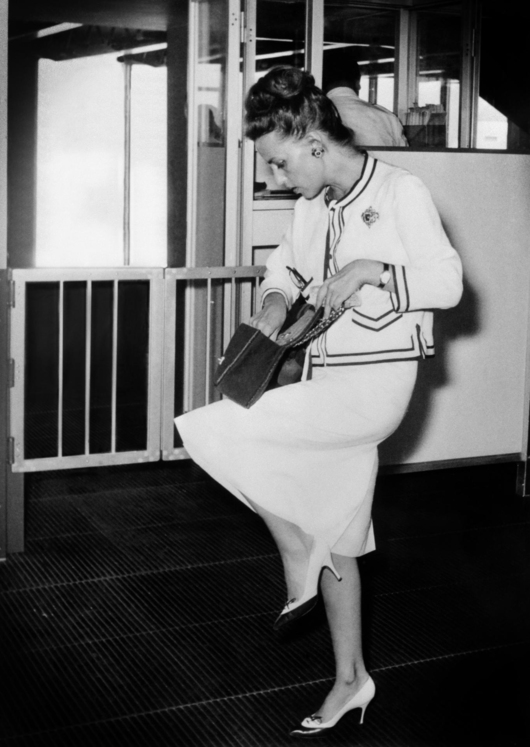 Jeanne Moreau and her Chanel jacket at the Rome airport in 1961.

It was this success abroad that made the piece iconic, and Chanel’s tweed jacket revolutionized the fashion industry five years later, before being worn in 1963 by Jackie Kennedy, then First Lady of the United States. The Chanel jacket enjoyed the same success in France and was seen on many actresses such as Brigitte Bardot or Romy Schneider.

When Karl Lagerfeld took over as head of the company in 1983, he gave new life to Coco Chanel’s tweed jacket over the seasons. Worn with jeans and a sailor’s jacket in 1985, terry cloth in 1992, or revisited with faux fur in 1994, the designer reinvents the jacket at each fashion show and makes it the emblematic piece of the house. On the catwalk for his spring-summer 2008 collection, he transformed it into a 20-meter-high monument in the center of the show, while the models wore it in different variations. He will even pay tribute to the historic jacket with his book: “La Petite Veste Noire” (The Little Black Jacket).

“Some clothes never go out of fashion, such as jeans, a white shirt, and the Chanel jacket,” said the Kaiser.

Today, the future of the timeless Chanel tweed jacket is in the hands of Virginie Viard, who does not intend to put it aside. On the contrary, the designer hastened to modernize it in several versions, whether it is in a tie and dye, snap and sleeveless, or sequined, the piece was always present at the last fashion show of the house. 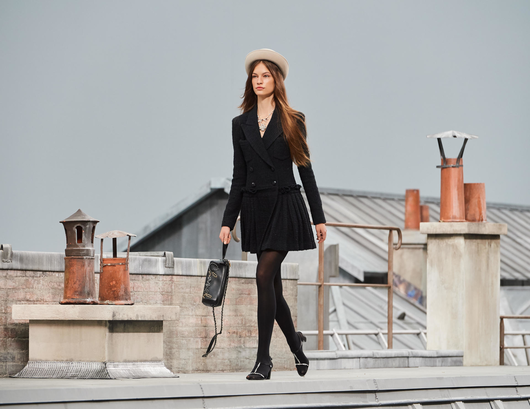 Elodie Garamond, founder of Yoga Play: “yoga changes the way we look at ourselves”

Charriol is inspired by Saint-Tropez for its new jewelry collection

A short history of luxury: Mumm, the “Champagne of the Sovereign of England”

MEETING WITH AN ARTIST (episode 3) : Isabelle Langlois, the jeweler of color