The Tokyo Olympic Games are officially launched this Friday, July 23 at 1pm. The opportunity to take a closer look at which brands are dressing the different nations for the competition.

The modern Olympic Games, an extension of the tradition of the Olympic Games of ancient Greece, are held every four years and bring together the best athletes from around the world. Shifted to 2020 due to the health crisis, the 2020 Tokyo Olympic Games have just begun, with the presence of the Emperor of Japan, Naruhito.

French head of state Emmanuel Macron was also in attendance, encouraging the nation to win the goal of 40 medals to guarantee fifth place for France before the Paris Olympics in 2024.

Ralph Lauren and the United States 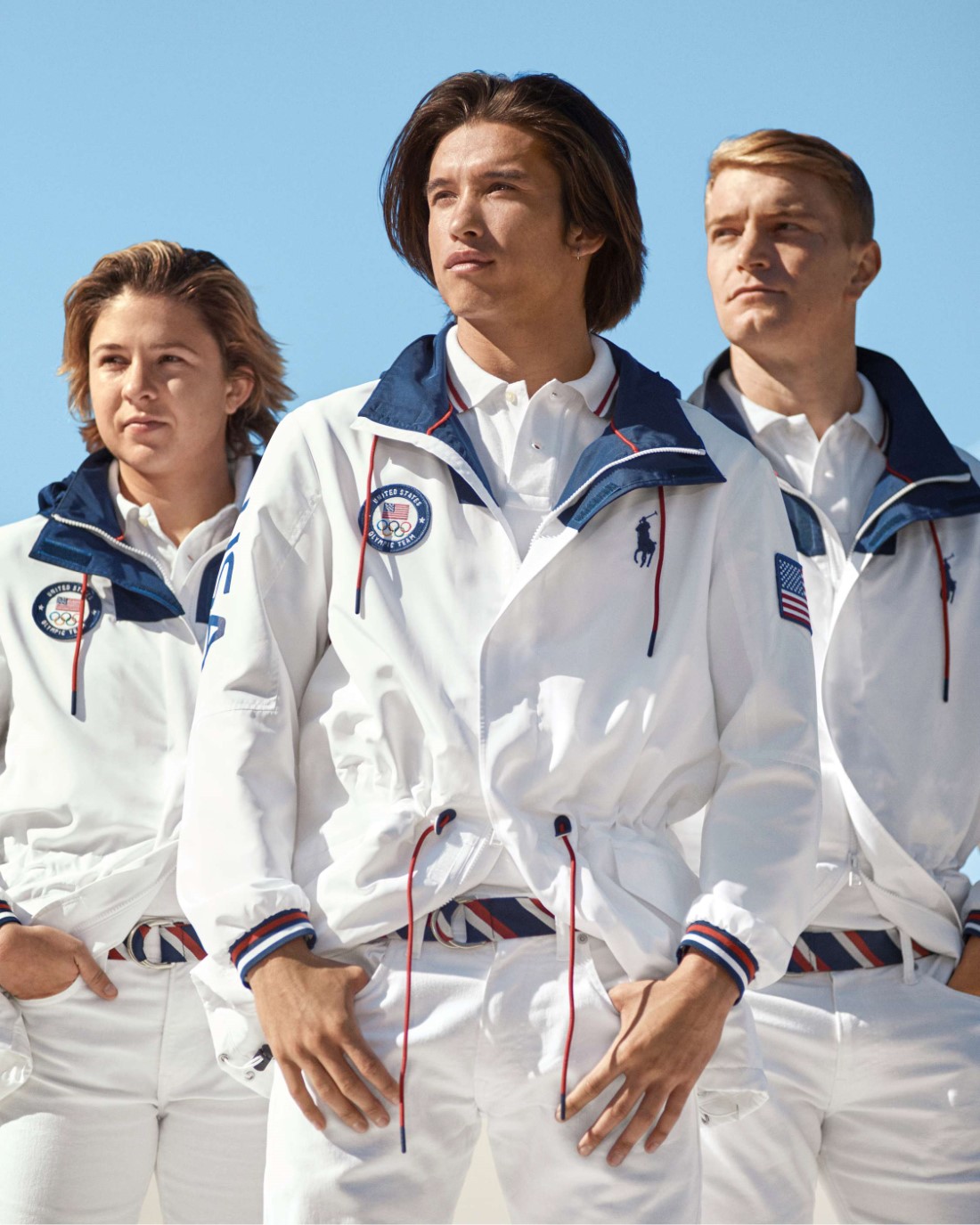 Several major brands decide to dress the nation they support, and for Ralph Lauren, it is the United States that are honored. For thirteen years (three editions), the brand Ralph Lauren supported the country of Uncle Sam by providing the necessary equipment for the closing ceremony of the Olympic Games.

Always made in the United States, the outfits are made by Ralph Lauren. “The goal was to create the most durable clothing the athlete has ever had. Make the athletes as ambassadors on the world stage,” said the brand.

For environmental reasons, Ralph Lauren gear underwent some changes this year. For example, leather has been replaced with plant-based materials. In addition, the garments are plastic-free, and the patches are made from MIRUM, a pure sustainable textile treatment by ECOFAST.

The brand‘s goal was to design “products that look fresh, modern and clean. And in the middle of hot and humid Tokyo, give them white, light and clean,” as David Lauren, Ralph Lauren‘s director of innovation and branding, explains. 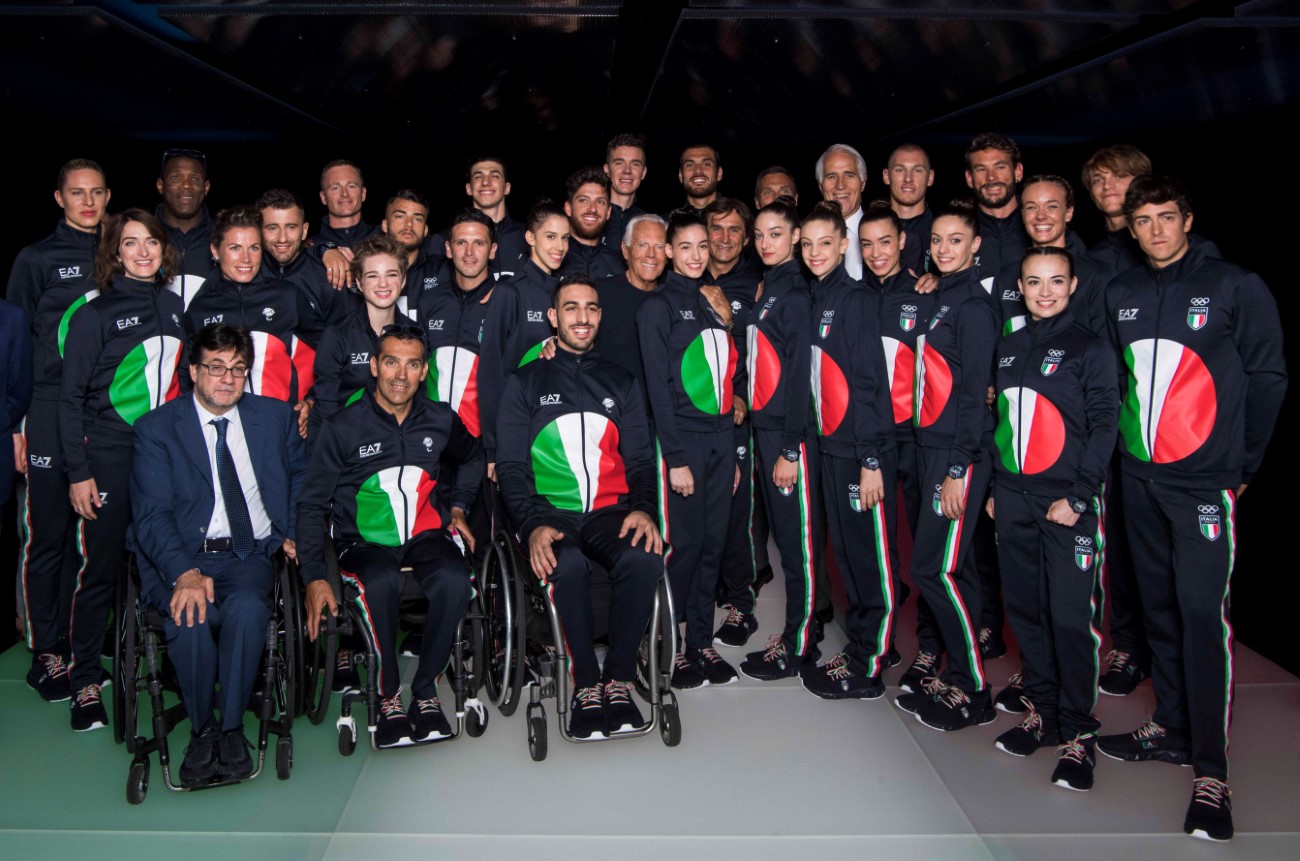 The Italian luxury brand Giorgio Armani provides this year’s Olympic participants who will try to collect the maximum number of medals for the Boot. The brand has already announced its participation in the Beijing Winter Olympics in 2022.

Since April, the tracksuits and accessories designed for the team are available for sale in selected Emporio Armani outlets and in the online store, in order to spread the spirit of the sport as widely as possible.

“For me, continuity is a value. This is evidenced by the partnership with CONI and IPC, which will see me become the official equipment provider for the Italian team in the sporting journey that begins in Tokyo and continues in Beijing. It is an honor and a privilege to dress our Olympic and Paralympic teams, especially at this time,” said Giorgio Armani.

Italy, which has already won the Eurovision and Euro Football this year, intends to bring a maximum of medals in the Peninsula. The words of the Italian national anthem are inscribed inside the Armani clothes.

Italian Paralympic champion Simone Barlaam, world record holder in the 50 and 100 freestyle, 50 and 100 backstroke and 50 butterfly S9, becomes an official ambassador for Armani and will wear sportswear specially designed for him.

“The times we are living in call for an important commitment: to overcome the current situation, we must rediscover ourselves as human beings, loyal and committed, which is what athletes do every day, offering us a wonderful example,” concluded Armani.

Journey through the largest Balenciaga store in Europe

To best represent France at the Olympic Games, it is the brand Lacoste that has once again volunteered. Since 2012, Lacoste is the official equipment of the French delegation and ends its contract with the Organizing Committee of the Olympic Games (OCOG) at the end of the Paralympic Games in Tokyo.

Since 2014, the crocodile brand has been developing exclusive collections for the Games, and for this edition, the pieces of the collection proudly wear the French colors, taking up at the same time the codes of Japanese fashion, such as the graphic design.

“I wanted a strong link between France and Japan. The collection includes “winks” as a reference to traditional Japanese clothing with “kimono” sleeves. I was obsessed with the details: the zipper, the seams … were designed with care and attention,” explains Louise Trotter, Creative Designer at Lacoste.

The collection will be worn by the French athletes during the opening and closing ceremonies, protocol and in the Village. The outfit to be worn in the Village includes a red circle reminiscent of the flag of the Land of the Rising Sun.

Lacoste‘s collection has been available on the online store since April 15, 2021. “Personalized words, expressing the values of the special sport are also added to the iconic pieces to give a sense of pride and strength to our athletes. Everything has been thought of as a very special moment“, adds Louise Trotter.

A few hours before the opening ceremony, the French president answered the questions of France Television about these Games. The head of the State took advantage of it to remind us that the Olympic Games of 2024, which had to be held in Paris, approached big steps. “It is tomorrow 2024,” he said.

“These Olympics were to be held. Living with the virus, it is also that. We must resist, we must hold these Olympics. It is important because the spirit of Olympism, it is a spirit of cooperation and we need it, in this time of Covid and I hope for the exit of the epidemic, and it is essential for our athletes, “said the French president.

The world’s most luxurious train journeys