The Chanel n°5 perfume is undoubtedly the most famous fragrance in the world. Return on the history of this emblematic perfume of a century.

One century ago, the iconic Chanel n°5 perfume was born. It was in 1921 that Gabrielle Chanel had the idea of this creation, after her meeting with Ernest Beaux, who was then one of the first perfumers to exploit the new molecules of nascent chemistry. She wanted “a perfume for women, with a woman’s scent” and insisted that it should be “an artificial perfume, artificial like a dress, i.e. made“.

The success is immediate. Gabrielle Chanel markets her fragrance in her store on rue Cambon. The purchasers tear it off, conquered by the 80 ingredients contained in N°5. However, a problem arises then, that of the sales network. Indeed, Gabrielle Chanel would like to sell her perfume to a larger clientele, and she contacted the founder of Galeries Lafayette.

This is how the designer met the Wertheimer brothers, Pierre and Paul, who had owned the Bourjois house since 1898. Chanel owns the perfume, and the two brothers own the factories and the worldwide distribution network, so they decide together to found the Société des parfums Chanel, in 1924.

In this company, Pierre and Paul Wertheimer are in charge of the means of production and the capital, while Gabrielle Chanel can devote herself to her creations. Nevertheless, the designer realized that this collaboration did not benefit her, and she only owned 10% of the shares. “She became aware at the end of the 1920s that she made a bad deal and that she didn’t ask for enough,” explains Tilar Mazzeo, author of “The secret of N°5“.

Revolted, Gabrielle Chanel tries, by all means, to take control of the Chanel perfume company, even if the income linked to the growing success of N°5 allows her to continue to rent her suite at the Ritz, the creator is described as embittered and “very angry with Wertheimer“.

Then the Second World War was raging, Gabrielle Chanel stayed at the Ritz, then requisitioned by the Germans. The creator fell in love with Baron Gunther Von Dinklage, who was then working in the German intelligence services. Ready to do anything to get her company’s rights back, Chanel even went so far as to carry out intelligence missions for Nazi Germany.

Gabrielle Chanel thinks that the perfume marketed by the two brothers from the United States is a counterfeit, and she decides to contact some of her friends to try to get her business back. A rumor spreads throughout Paris that Peter and Paul Wertheimer are Jews, and a file is opened by the German administration.

Gabrielle Chanel asks for the totality of the shares of the Chanel perfume company, but she also asks for those of the Bourjois company, belonging to the Wertheimer brothers. However, the creator’s maneuver to use the Vichy laws in her interest fails, and her immoral methods are revealed.

Today, Chanel N°5 still ranks among the top five best-selling perfumes in the world. Worn by the greatest icons of the century, the house’s iconic fragrance remains a worldwide bestseller, and in 2021 the Wertheimer brothers still own the company.

Plamen Roussev or Itinerary of a spoiled child : from the acrobat musician to the accomplished businessman

“Its fame surpasses it and its myth feeds itself. He is the founding act of Chanel perfumes but also the emblem of the industry in general,” reveals Olivier Polge, the house’s perfumer and designer. “However, I don’t think we have pierced all its mysteries. Certainly, a typical accord emerges – the famous aldehydes married to white flowers -, but N° 5 is above all a state of mind“. 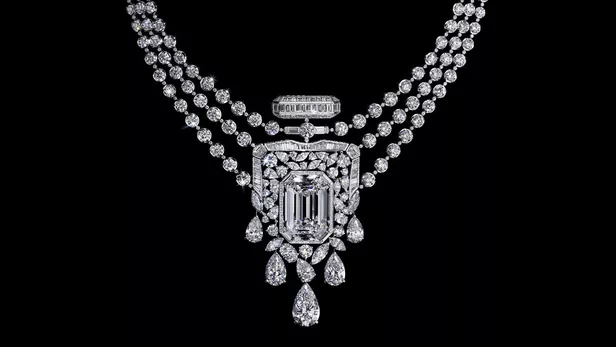 To celebrate the centenary of its emblematic perfume, Chanel has just unveiled an impressive necklace set with a precious stone of 55.55 carats. The necklace, which unfortunately is not for sale, has “eight sides of the iconic perfume cap, emerald in size similar to the octagon on Place Vendôme,” said Patrice Léguereau, director of Chanel’s jewelry design studio.

A brief history of luxury: The tradition of the tourbillon in haute horlogerie