Taking place in the AccorHotels Arena, the Rolex Paris Masters, for which Rolex is also Official Watch, enchanted the public during this weekend. Relive the highlights of one of the biggest indoor tournaments in the world.

Indoor tennis at its best

Rolex is so well integrated into the tennis world that the brand name appears directly in the tournament title. And yet, there has been no shortage of names for this tournament: it began as the Paris Open in 1969, briefly as the Open Jean Becker and then the Open Crocodile, followed by the Open / Masters de Paris-Bercy in 1986, and was renamed the BNP Paribas Masters Paris from 2001 to 2016. In the meantime, Rolex came into play and became a partner of the tournament in 2007, before taking a prominent place in 2017 by becoming Title Sponsor and directly integrating the name of the competition : Rolex Paris Masters.

If Rolex is the figurehead of the partners of this tournament, other prestigious brands accompany the tournament, including Emirates, Accor or Hyundai.

Let’s look back at the complete change of identity that took place in 1986. After an absence of three years, the organizers of the tournament manifested their new objective : to become the largest and most important indoor tennis competition in the world.

The first edition of the Paris Open proved to be a success, with 82,117 spectators in seven days. The record has since been broken in 2018, with more than 140,000 spectators. Since the beginning of the 90s, the tournament has become the reference indoor event of the end of the year, with the presence of the world’s best.

On the French side, Guy Forget won in 1991, and became the first French representative to lift the cup: a metal tree, called the Fanti Tree, designed by the artist Lucio Fanti. The symbolism behind this trophy lies in the branches of the tree, which refers to the tournament’s progress chart, with the names of each player engraved on it. The name of the winner is on the trunk.

If the tournament has reached its goal of prestige, it also owes it to the tennis stars who have played and won. Novak Djokovic in the lead with five victories, but also Andy Murray, Roger Federer, Andre Agassi or Pete Sampras to touch all generations. Anthology matches, which have also sometimes smiled to the French, who know more success in this tournament than on the clay of Roland-Garros : Jo-Wilfried Tsonga or Sebastien Grosjean have written their names in history by winning this tournament in front of audiences mad with joy to see French triumph at home.

For the semi-finals and finals to come this Saturday, November 6 and Sunday, November 7, C8 will be in charge of the broadcasting, respectively from 14h and 15h. Be ready !

Rolex: Tennis in the DNA

The love affair between Rolex and tennis needs no introduction. As early as 1978, the watch brand became the official sponsor of Wimbledon, and from then on, the partnerships followed one another all over the world. The Australian Open, the US Open and the French Open all count Rolex as a sponsor. But if the Grand Slam tournaments remain accompanied by the brand at each tournament, the players do not walk around without their Rolex on their wrists either : Roger Federer, Dominic Thiem, Alexander Zverev but also Karen Khachanov or Belinda Bencic, the brand chooses choice tennismans and tenniswomen to represent it.

How to mark its presence more and more assiduously for Rolex ? Quite simply with tournaments bearing the brand’s name! The Rolex Shanghai Masters or the Rolex Monte-Carlo Masters are perfect examples. The prestigious Davis Cup, the Indian Wells or the Nitto ATP Finals can also count on the Swiss brand as a partner.

In short, we no longer count the tennis tournaments where Rolex makes its mark, the watch company is simply anchored in the tennis world with quality sponsorship, in order to share and support the values of tennis, in respect of the traditions related to this sport.

Read also > THE PRESTIGE OF THE FRENCH OPEN TROPHIES 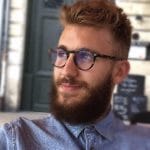