Blancpain revisits its Fifty Fathoms, a historic symbol of the fight against radioactivity

The first Volkswagen was built in the 1930s, thanks to Hitler’s wish that every German should have his own car as an international symbol of the Reich’s economic power.

The story begins when in the 1930s Hitler had motorways built all over Germany, but they were empty, as the Germans did not yet own a car.

It was then that the Furher met Ferdinand Porsche, an Austrian engineer who founded his eponymous company in 1931 and who contacted the head of state. The latter commissioned him to design a car accessible to all German citizens, hoping for the same effect as the creation of the Ford T, i.e. an automobile revolution.

The head of state then provided very precise specifications: the car must not exceed 1,000 reichsmarks and must be powered by an engine with a maximum consumption of seven litres per 100 kilometres. With a maximum weight of 600 kilos, it must be able to reach 100 km/h, while being able to carry four to five people. It must also be robust and resistant to the weather and cold.

The company responsible for building these cars was named “Volkswagen” by Hitler, which means “people’s car” in German.

Despite the almost impossible specifications, Ferdinand Porsche managed to produce a few prototypes, largely inspired by the Ford T and the rear-engined V570 of the Czechoslovakian manufacturer Tatra.

These first prototypes presented to Hitler in 1936 were nicknamed KdF-Wagen, KdF “Kraft durch Freude”, in reference to one of the Nazi regime’s institutions dedicated to leisure. 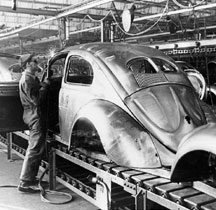 Volkswagen’s success postponed by the war

On 17 February 1939, Ferdinand Porsche presented the Volkswagen, but war broke out a few months later and the car was forgotten. The Wolfsburg factory opened in 1939 and was transformed into an armaments factory, manufacturing spare parts for the air force and producing military vehicles derived from the KdF.

At the end of the war, the Americans were the first to arrive at the Wolfsburg plant, but they saw no economic interest in restarting the disused Volkswagen plant.

It was the British, including Major Ivan Hirst, who took over the factory and found two KdF-Wagen that had escaped the disasters of the war. Officer Charles Radclyffe took a particular interest in this unusual car for its time and decided to take over the technical management of the factory in January 1946.

Ferdinand Porsche, arrested in France at the end of the war and later released, moved to Austria where he was inspired by the Beetle’s rounded shape to create his own brand, Porsche.

The birth of the Beetle

Two months later, the thousandth Beetle, or Type 1 as it was officially known, rolled off the assembly line. It was initially produced as an export car by war-torn Great Britain, which saw it as a way of repaying Germany’s war debt.

It was in 1946 that the car was integrated into the civilian market. This was the birth of the famous Beetle, which was a runaway success, especially in the United States.

The Germans took over the company in 1949 and it was then that it became a symbol of the “German economic miracle”. The British had already made it an international brand, the first in history. 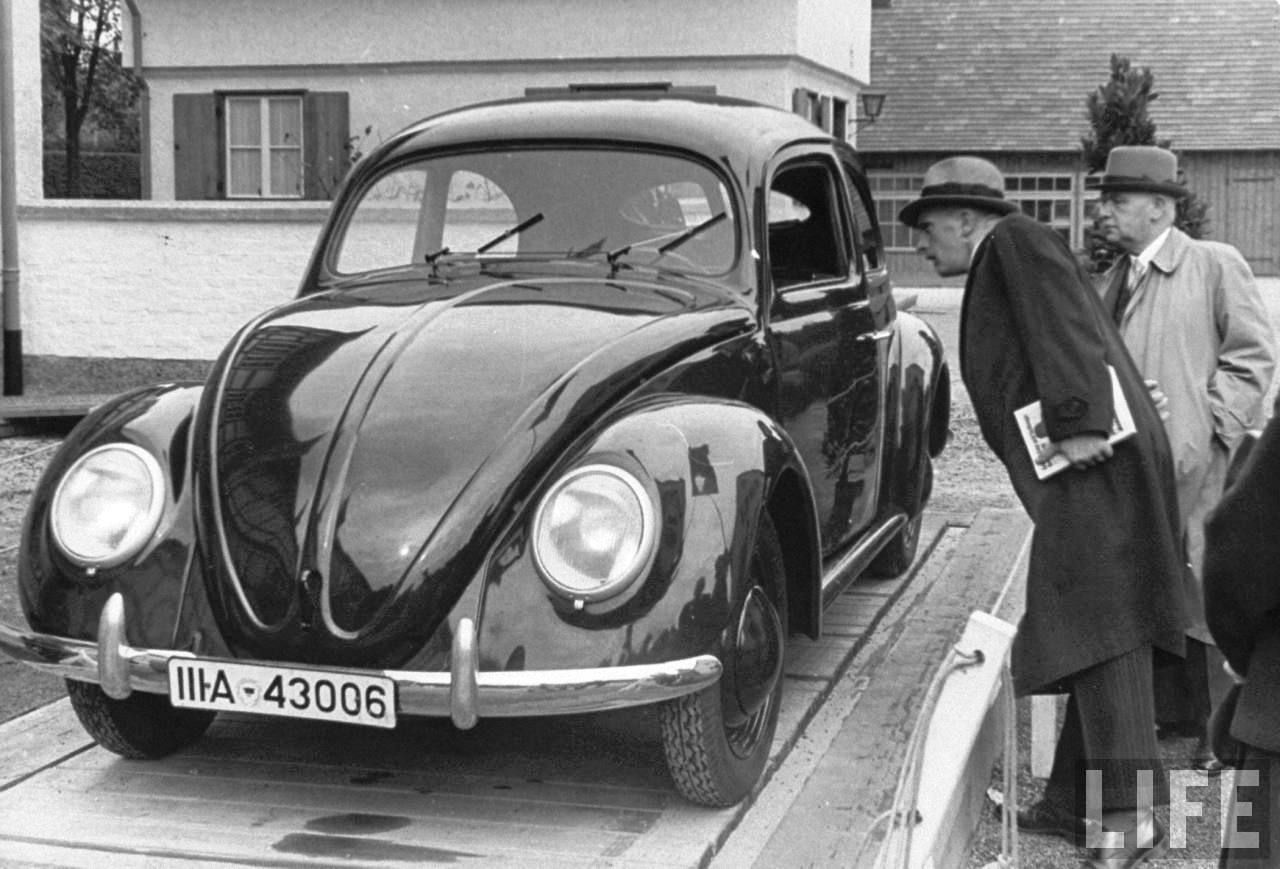 Only the Golf, created in 1973, reached the level of the Beetle and could compete with it in terms of success.

Read also >  A BRIEF HISTORY OF LUXURY: THE ASSASSINATION OF MAURIZIO GUCCI

Blancpain revisits its Fifty Fathoms, a historic symbol of the fight against radioactivity