With the desire to help you discover the aura of jewellery through the cultures and links that unite it with humanity, Luxus Plus is now focusing on the myths and legends attributed to our jewellery. Through this approach, we hope to open your interest beyond precious stones and reveal to you the symbolism and meaning of jewels, from the most renowned to the most unexpected.

First of all, let us insist on one essential point. Since the law of 2002, it is forbidden to use the term “semi-precious” for gems that are neither “precious stones” – which are, as a reminder, diamond, ruby, sapphire and emerald – nor “ornamental stones“, such as biominerals like coral. They are referred to as “fine stones“. Indeed, the often-used name “semi” is somewhat pejorative and far from revealing their importance for stones that are sometimes worth more per carat than those called “precious“.

According to Mrs Delahaye, we must “feel and experience the emotion of the stones“. And what do beauty and emotion provide? Desire. However, desire is also acquired through the symbolism that we attribute to the object we covet.

Men have always placed a protective value on gems. Sapphire, for example, although it exists in all colours except red, is known primarily for its blue. The latter is representative of the tones of the sky and therefore of divine protection.

The emerald, for its part, is linked by its green colour to health and the prophet in Muslim countries. Thus, whether you wear green or blue, you are protected against the evil eye. Also, did you know that in many cultures warriors wore rubies? According to legend, by this method the arrow of your enemy can hit you.

Other than precious stones; gemstones, ornamental stones or more or less rare materials are of prime importance in the heart of cultures.

Emblematic of Asia, jade – a fine stone – has been recognised since the Neolithic period. Its writing is the oldest Asian ideogram that exists. And the diamond, so important to Westerners, was used for a long time only to work jade. Lacquer, a Chinese technique used since 5,000 BC, is highly appreciated by the Japanese, a people particularly sensitive to the refinement and delicacy of goods.

If today gold is the material whose value serves as a general law, it is not the first to have been coveted. Whether to create coins, sarcophagi like that of Psousenes I or jewellery, silver was already consecrated in Egypt to show its power.

The stones themselves were not always the most desired. In Africa, glass beads were reserved for tribal chiefs and important people in society. The various colour combinations and designs made made it possible to recognise the tribe and the social status of the holder of the ornament (a chief, a married person, a young person who had successfully completed a rite of passage…). The jewel was your identity card.

Among the Inuit, the appropriation of the parts of an animal once it had been killed made it possible to protect oneself from it in the wild. Thus, grizzly claws could be worn to recover its strength as well as its magic to communicate with the species. Turquoise, the stone of the sky, was often worked in Amerindian cultures. This is why turquoise bear statuettes have been found. Putting food in front of the fetish before leaving helped to protect its home while it was away.

If each tribe has one or more symbolic animals, the bird is often attached to the human spiritual. For example, according to an Amazonian myth, a giant snake with scales of multiple shades wanted to annihilate humanity. Men and birds united to kill it and together they defeated it. To thank the birds for their commitment, the men took the colors from the snake’s body and offered them to the birds to pigment their plumage.

In America, the feather has always been essential. No wonder the eagle is the emblem of the United States. Being the bird that flies the highest, it is the one that communicates best with the sky and the earth. Contrary to the monotheistic vision and contemporary Western culture, ancient peoples considered the spirit realm real and non-divisible from the earthly.

But unlike the present value of a gem, which is defined in part by its rarity, feathers were not rare. They were earned during a hierarchical ascent or a feat such as victory in war. The wearing of feathers represented our current CV.

In Oceania shells, animal teeth and even tattoos were adornments used to embellish and protect. The shields of warriors were encrusted with shells. As for the tattoo, unlike Western cultures which associated it with marginality and exclusion from society, the initial idea in the Pacific was to show belonging.

Drawings on men (symbols of courage and strength) were used in parades to impress women. They also represented the mark of civilization, which distinguishes man from animal. Elegance, humanity, sophistication and culture are revealed by the ink that is drawn on the bodies. And as with fetishes linked to cultures around the world, tattoos were used to differentiate social status and serve as a protective amulet. The shapes made on the Maori follow the curves of the muscles that solicited them by activation or deactivation through sport, making their magic more effective.

Like African beaded jewelry, the tattoo is still in some places an identity card but inlaid in the skin like a permanent jewel. Nowadays, the tattoo seems to have been able to impose itself beyond the borders, up to the jewelry itself. Think of the collaboration between Valérie Messika and Kate Moss, one of whose creations is inspired by the drawings worn by the Top Model. “I wanted to take her inspiration to create living pieces, that is to say a High Jewelry to live, to wear whatever the moment, like a second skin” expresses the creator, showing a will of fusion between the human being and his ornament.

Finally, the pearl, miracle of nature, has fascinated men since the dawn of time, whatever the continent. It is the common feature between cultures which often grant it symbols of purity or power. Didn’t Mikimoto, the pioneer of the cultured pearl, say that he wanted to create a pearl for every woman on this earth? And aren’t they fascinated by this organic jewel: a representation of perfection? Queen Elizabeth I’s interest in pearls and the aura they gave her are a perfect example of the human desire for the possession of perfection and the power engendered by this metonymy.

Moreover, it is important to know that the oldest jewels date back to the first civilizations. In all places of intensive exchange and communication, models have been found. And this as early as Mesopotamia. And because jewelry is linked to the transmission of know-how from generation to generation, it is not surprising to see very strong similarities between ornaments that can sometimes be up to 4,000 years apart.

Therefore, not only by their design but also by the spiritual values from which they draw their inspiration, jewelry remains the reflection of a transmission of history, beliefs and meaning. Indeed, even today, we still marvel at artistic creations inspired by nature and animals (themes dear to Boucheron, for example), by exoticism (such as Cartier‘s Haute Joaillerie) or by enchanting universes that fuel our dreams and beliefs (visible at Van Cleef and Arpels). It thus seems that since the birth of civilizations, humans have never ceased to embrace the spiritual and emotional forces of jewels, making them so precious, so dear to mankind.

Consequently, jewelers have every interest in never neglecting the power of heritage, not only linked to their own history but also to the cultures that have always nourished the symbolism of the jewelry that so appeals to modern customers.

And to find out more about jewelry, the School of Jewelry Arts offers the general public lessons on three major themes: know-how, the world of stones and the history of jewelry. 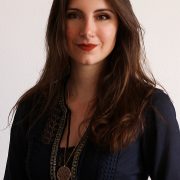 Opera Gallery X Avenue George V : The Manolo Valdés project, monumental muses, an exhibition of monumental works all over the avenue of Paris