Guided tour of the Radisson Collection Hotel in Berlin

While you probably have in your hands the new issue of Luxus+ Mag, Fall-Winter 2021, the seven-time Formula 1 World Champion, Lewis Hamilton, does not go unnoticed on the cover.

“Lewis Hamilton, driver of change“: this title also echoes the new version of your magazine Luxus+ Mag. For the magazine’s new visual identity, we wanted to combine the competitive spirit of the Formula 1 champion, a role model for many athletes and fans.

This year, after races neck and neck, he finally gave up the victory to Max Verstappen. However, the Mercedes team won for the 8th consecutive year, the Constructors Prize, at the end of the Abu Dhabi Grand Prix.

On December 15, Lewis Hamilton received a knighthood from Prince Charles during a ceremony held at Windsor Castle. The champion is the first driver still active to receive this distinction. His predecessors, Jack Brabham, Stirling Moss and Jackie Stewart had also been decorated after their careers, as Sir Frank Williams, founder of the eponymous team who died a few weeks ago.

Combative on the track and committed on the field, the British champion is the spokesman for minorities and the hope for a whole youth that aspires to realize its own dreams. He remains faithful to the anti-racist message of Martin Luther King who said: “I have a dream that one day my four children will live in a nation where they will not be judged for the color of their skin, but for their character.”

He became an inspiring and respected figure of the “Black Lives Matter” movement by kneeling at the start of each Grand Prix, drawing the other drivers into this process of respect and anti-racism. With this strong and symbolic gesture, he made a mark well beyond the Formula 1 circuits.

In the United Kingdom, the driver spares no effort to make the voice of the “invisible” heard and to ensure that motor sport finally opens its doors to greater ethnic diversity. As a spokesperson for his generation, Lewis Hamilton is trying to change lines and attitudes. 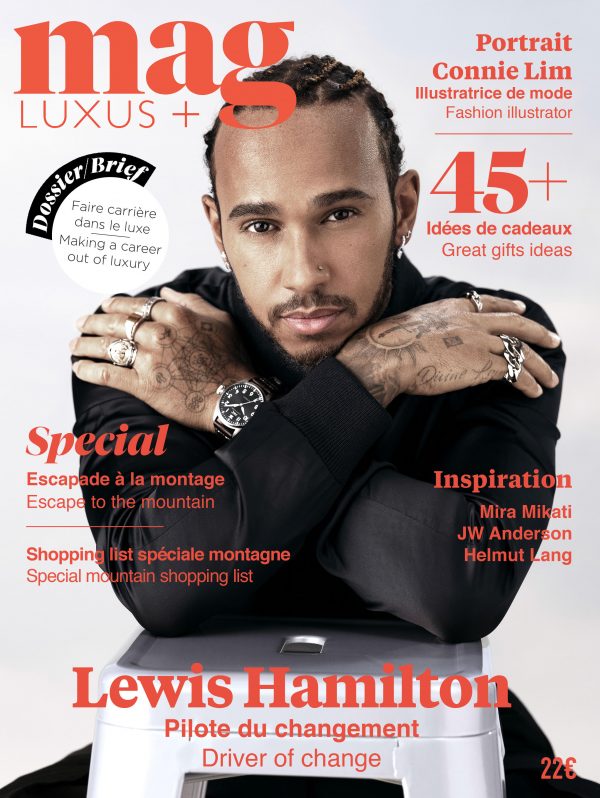 The most beautiful King’s cake to share for the Epiphany

Guided tour of the Radisson Collection Hotel in Berlin