Would you like to discover the hidden places and the most exclusive parties of the Peoples? Eric Bonnet takes you by the hand and takes you there. He has created ENTREE INTERDITE TV, an entertaining Web TV accessible from your computer or phone.

With his experience as a columnist on LUXE TV and RTL9, Eric Bonnet has created ENTREE INTERDITE TV. He takes you to discover exceptional places from Monaco to New York, from Saint-Tropez to Marrakech, from Paris to Megève, which he was able to access thanks to his job.

“I am a lover of the French heritage, of art and craftsmanship. I am curious to be invited to new places and to meet great people. This is what motivated me to create ENTREE INTERDITE TV “, he explains.

This man is curious, likes to set himself challenges, to have fun, to collect confidences, always with benevolence. He finds hidden and unusual places, often inaccessible to the general public. He puts in confidence and questions his guests, personalities from the world of arts, fashion or cinema.

With Eric Bonnet, you visit each residence from the cellar to the rooftop thanks to his camera.

Grand parties are filmed, along the evenings of the Paris Fashion Week, the most hype openings, the offbeat literary awards, the starred restaurants, the most elegant sporting events such as the departure of the Tour Auto at the Grand Palais or the Prix de Diane.

The colorful events and exclusive parties of the Cannes Film Festival are at your fingertips as if you were there. No need to be an accredited journalist. You can slip in … like Plantu’s little mouse. Even though the mouse is rarely present in this type of festivities…

The saga of extraordinary entrepreneurs

It’s not just the fun and the great parties that make people dream. But also the success, the wealth of captains of industry who stand out from the crowd. With the cohort of financial and sentimental complications and legal imbroglios that we know about.

On this same channel, we can follow the rise of extraordinary entrepreneurs such as François de Wendel, Eugène Schueller (the Bettencourt family), Christian Dior, Karl Lagerfeld vs Yves Saint Laurent…

We learn, we learn and we smile. Fortunes and Misfortunes of the Bettencourt family, a documentary directed by Gérard Miller, is not lacking in spice narrated by the famous psychoanalyst.

A spotlight is put on the great moments of the “republican monarchy” in Versailles, from de Gaulle to François Hollande.

But in parallel to the world of the Beautiful People, there are also those who suffer, who are in a dead end. The reverses of fortune are not rare. Eric Bonnet does not hesitate to support causes he considers just.

Thus, he reveals to us the drama that the owner of the Musée de l’Eventail, a small, hidden, unusual museum, threatened with eviction by the City of Paris, is experiencing. If the health crisis affects the most fragile, it also endangers the jewels of our country.

“With a collection of more than 2,500 pieces from the 16th to the 21st century, this fourth generation museum is unique in the world and is the pride of France,” says Eric Bonnet. But its owner can no longer pay the rent following successive confinements. It has had no visitors, no orders, no subsidies during this period. Today, she is looking for a sponsor so that her collection is not seized.”

The channel entreeinterdite.tv, sponsored by Jacques SEGUELA, can be found on the internet and also on the TV PLAYER platform.

For free, during one month, Eric Bonnet offers you the possibility to test the channel ENTREE INTERDITE with the privilege code viplaunch 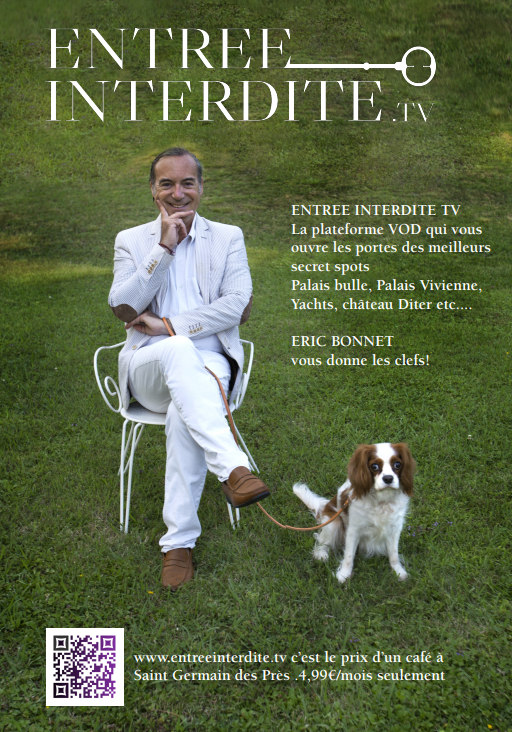 Read also > [LUXUS+ MAGAZINE] PLAMEN ROUSSEV OR ITINERARY OF A SPOILED CHILD : FROM THE ACROBAT MUSICIAN TO THE ACCOMPLISHED BUSINESSMAN 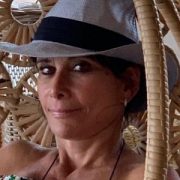 Rick Owens fashion show: the marriage of black and genderless