The French leather goods house Camille Fournet opens the doors of its boutique on rue Cambon in Paris to discover the work of the artist Denis Darzacq: The artist was inspired by the scraps of leather from the brand’s Manufacture, located in Picardy. The President of the House of Camille Fournet and the Brand Director, Jean Luc and Françoise Déchery, have supported the artists from a very young age and give them carte blanche twice a year in the EQUINOXES cultural program. To be discovered from September 28, 2020 to March 28, 2021.

Photographer, then artist, Denis Darzacq has been searching for new artistic possibilities for years. 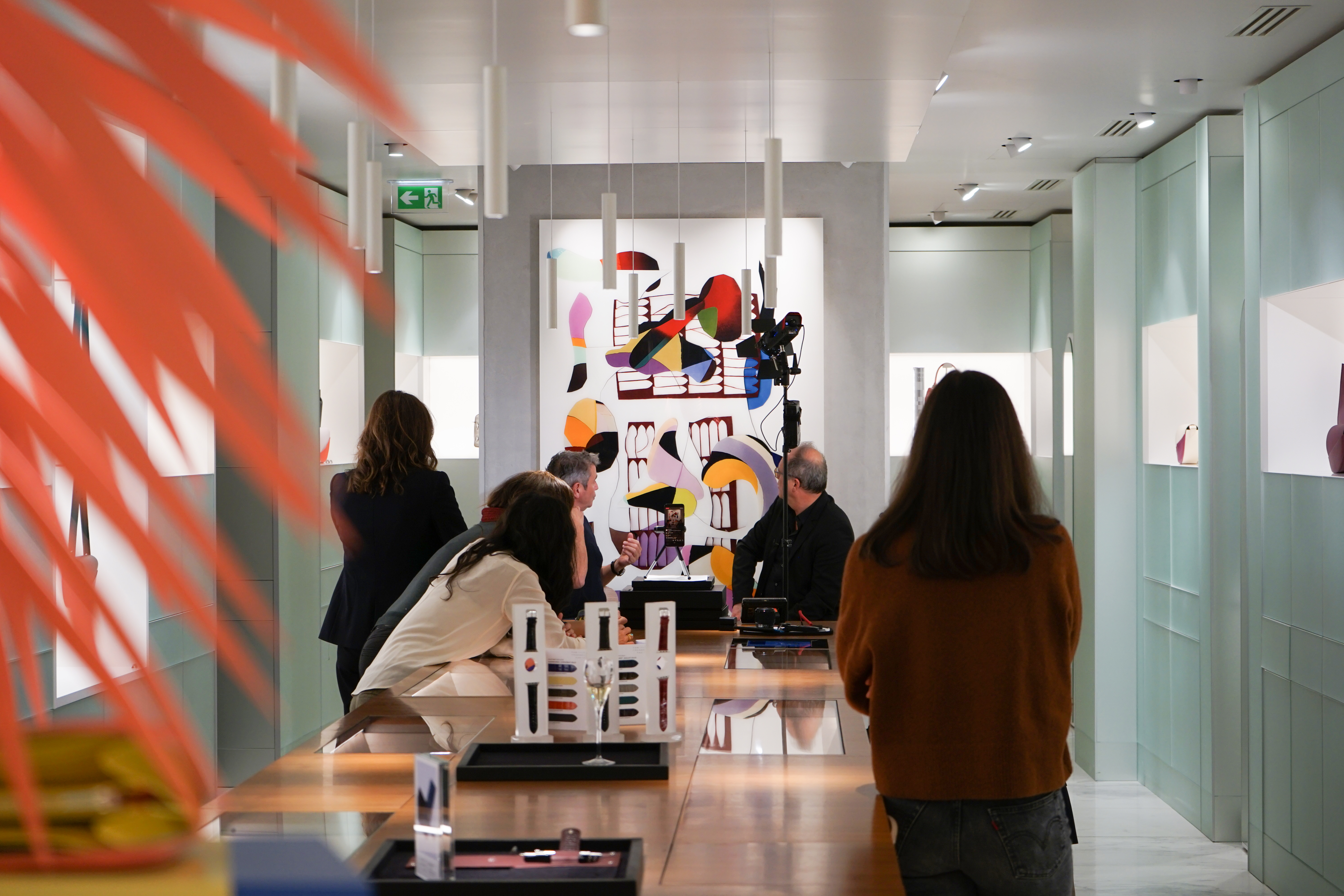 Fascinated by his profession and rewarded by various prizes, the artist seeks above all to mix sculpture, painting and photography in his works. He now exhibits his creations not only in Paris, but all over the world: Paris, Hong Kong, New York, Los Angeles, Ajaccio, or Stockholm.

Jean Luc and Françoise Déchery have been living from their passion at the head of the House of Camille Fournet since 1994, when they bought the company which has been based in Tergnier in the Aisne department since 1970. Their goal is to amplify the know-how initiated in 1945 by Camille Fournet, a Picardy craftsman-saddler settled in a small Parisian apartment.

After the opening in 2012 of a store in Beijing and a corner in Le Bon Marché, Camille Fournet moved to rue Cambon in Paris. Its undeniable French know-how and their deep values for this profession are gradually being recognized in the world of luxury leather goods.

The couple did not stop there and wanted to open the destiny of Camille Fournet Paris, convinced that they could create a real link between art and fashion, between an artist and the house, and thus adapt to the new expectations of consumers. Together with the agency l’Art en direct, in 2018 they are initiating the Equinoxes program, which twice a year offers an artist a residency at the heart of the brand.

It is a message of modernity and progress that the French house wishes to transmit to the followers of French leather goods. With a broader, modern vision and a spirit open to innovation, Camille Fournet Paris manages to identify the contrasts and alchemy between two elements that are a priori contrary and to combine tradition and this innovation.

Jaguar: How did the name of this iconic brand come about? 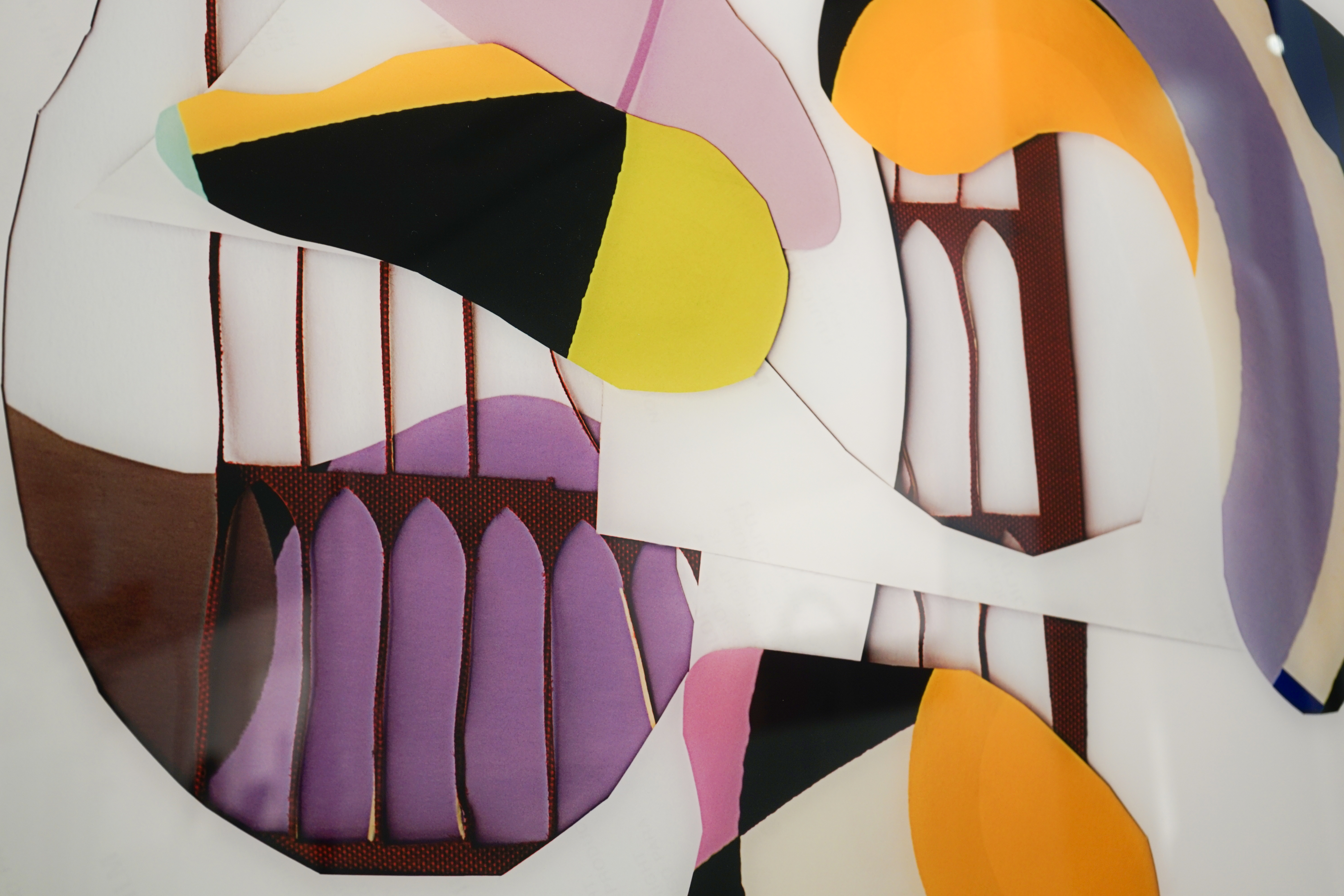 It is from this open-mindedness and understanding of the current world that the spirits of the artists Denis Darzacq, Jean Luc and Françoise Déchery were able to meet: “[…] I greatly appreciated the quality of their commitment to the artists, their open-mindedness and the simplicity with which their conviction that art is part of life was embodied on that day. The discovery of the world of leather goods and exceptional craftsmanship fascinated me and I immediately saw how these materials could resonate with my current research” said Denis Darzacq in an interview.

To create his works, Denis Darzacq chose to work with different elements used by the House’s craftsmen and managed to assemble all these pieces together to create a perfect balance: “My photographs play with contrasts, with the oppositions between full and empty and the play of light. For this work, I used folding, crumpling, cutting, and tearing to rearrange the materials in an a priori chaotic assembly, changing the scale of their representation” he adds “[…] An abstract composition with strong colors in which scraps, counter forms and photographic archives find their balance“.