Over time, the fashion world has had to adapt to the changes and evolution of society and its consumers, whose consciousness is increasingly oriented towards sustainability, respect for the environment and ethical values. From this perspective, ethical projects and partnerships have multiplied in the luxury sector, allowing brands to improve their image and gain the trust of a clientele sensitive to humanitarian causes. Here is a look at the brands that are unveiling exclusive solidarity capsule collections.

Where does the Kenzo symbol come from? The frightening figures showing that the tiger is on the verge of extinction prompted Kenzo Takada to make the feline its symbol in 1970 and to commit itself to the preservation of the tiger. To prevent this phenomenon and help preserve the tiger, the brand has partnered with WWF for a second time with a ready-to-wear collection to support the “Tx2” initiative, which aims to double the population of wild tigers by 2022, the year of the Tiger according to the Chinese horoscope.

The collection is made of organic cotton for men and women, with a tiger motif. Each model sold will donate $10 to the WWF’s “Tx2” initiative. The collection is available in Kenzo boutiques and on the brand’s website.

The partnership also extends to Kenzo’s work on the sustainability of its cotton industry and its freshwater footprint. The brand’s goal is also to source 98% sustainable cotton from organic farming and the Better Cotton Initiative by 2025. 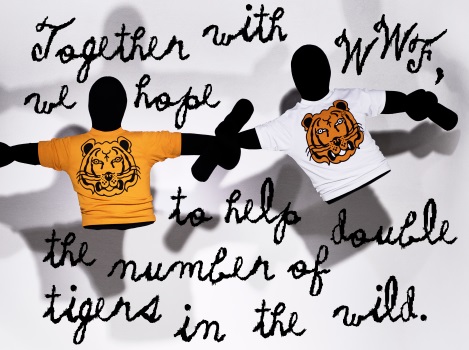 “During this forced break, I asked myself deeper questions about what I do and why I do it. How can we return to the ‘usual’ world with more awareness? On a night when I was struggling to sleep, I put into words my thoughts about what is really important. The result, which I shared with my team, became a kind of manifesto.

We now call it the McCartney Manifesto from A to Z-a map of our DNA and a blueprint for our future intentions; everything we know, believe and love about fashion. I wanted to define who we are and who we hope to be. It’s a guide to empowering ourselves and a challenge to be the best sustainable fashion house out there.”

“Having been in fashion for 20 years, I’ve thought a lot about our impact on a large scale. How can we reduce what we produce? How can we do more with less? How can we really get to zero waste?” Stella Mcartney.

As a first step, the house is committed to further reducing waste and the use of raw materials, all the while increasing the use of recycled fabrics. The designer commits her brand to seeking better and vegan solutions to create the most sustainable garments without ever sacrificing the notion of timeless luxury or desirability.

In a second phase, the designer has teamed up with 26 artists to illustrate an alphabet book, each letter of which will represent a value dear to the house and present a look from the resort 2021 collection in line with that value. Some of the pieces will be auctioned for charity.

Its concrete long-term engagement plan will therefore unveil 26 t-shirts for the occasion, in a palette ranging from monochrome to more colourblock shades, all mixing patterns and interpretations. 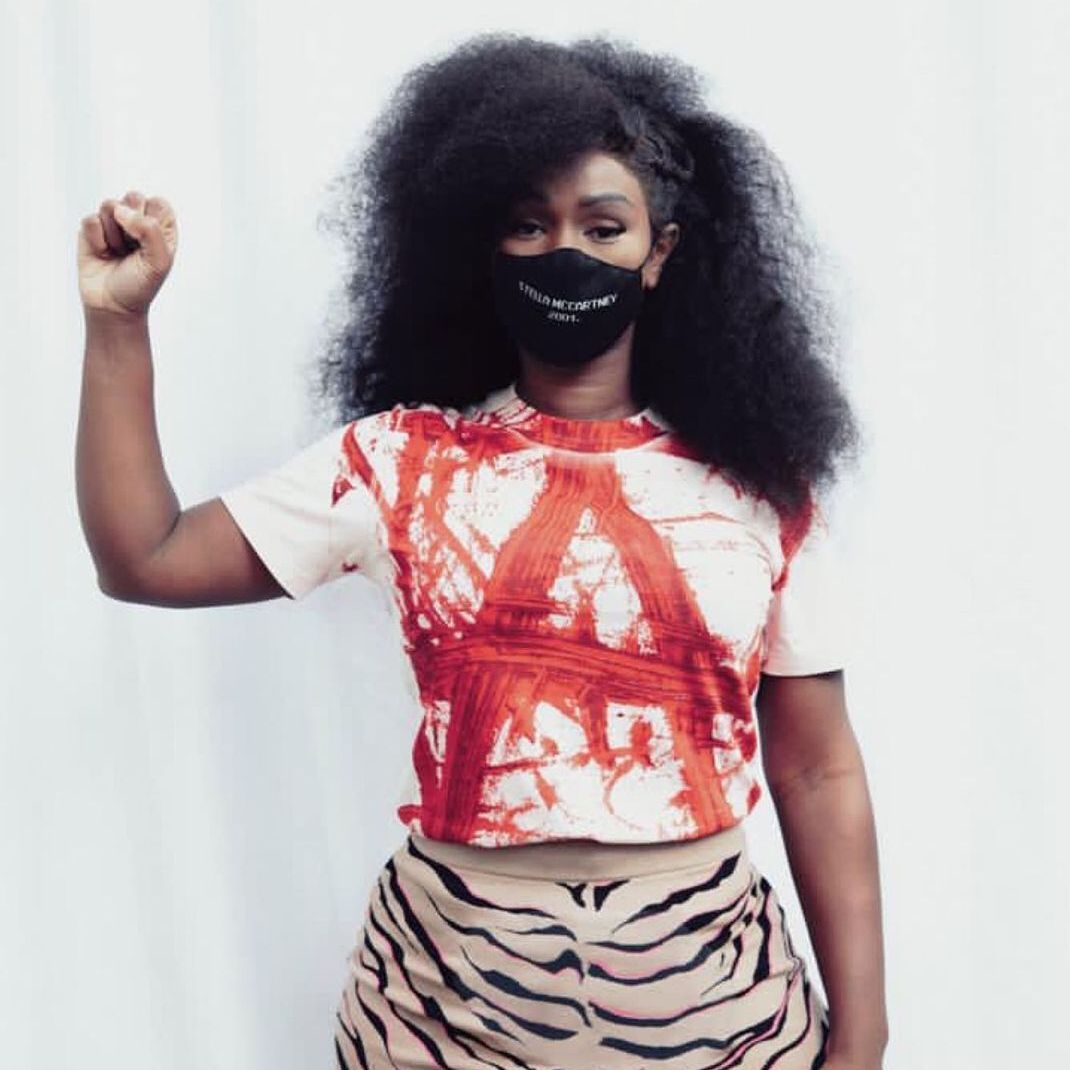 The first drop of “A to Z” t-shirts will be available on December 3rd on the website and in the shop.

Loewe, with its 3rd annual collection, decides to defend the cause of African elephants, which have just been officially classified as critically endangered. This collection illustrates the Elephant Crisis Fund initiative, launched jointly by Save the Elephants and Wildlife Conservation Network.

As part of its collaboration with Knot On My Planet, the wildlife protection campaign, Loewe is unveiling the “Elephant” bag made from the traditional Kenyan fabric, Shuka, usually used for shawls.

The bag, shaped like an elephant, features a tassel strap hand-woven by women from the craft collective, Samburu Trust. Its warm colours respect the tradition of the Samburu people and were not chosen at random: blue represents the sky while red symbolises the blood of their cattle. Limited to 300 pieces, all profits from the bag will be donated to the Elephant Crisis Fund. 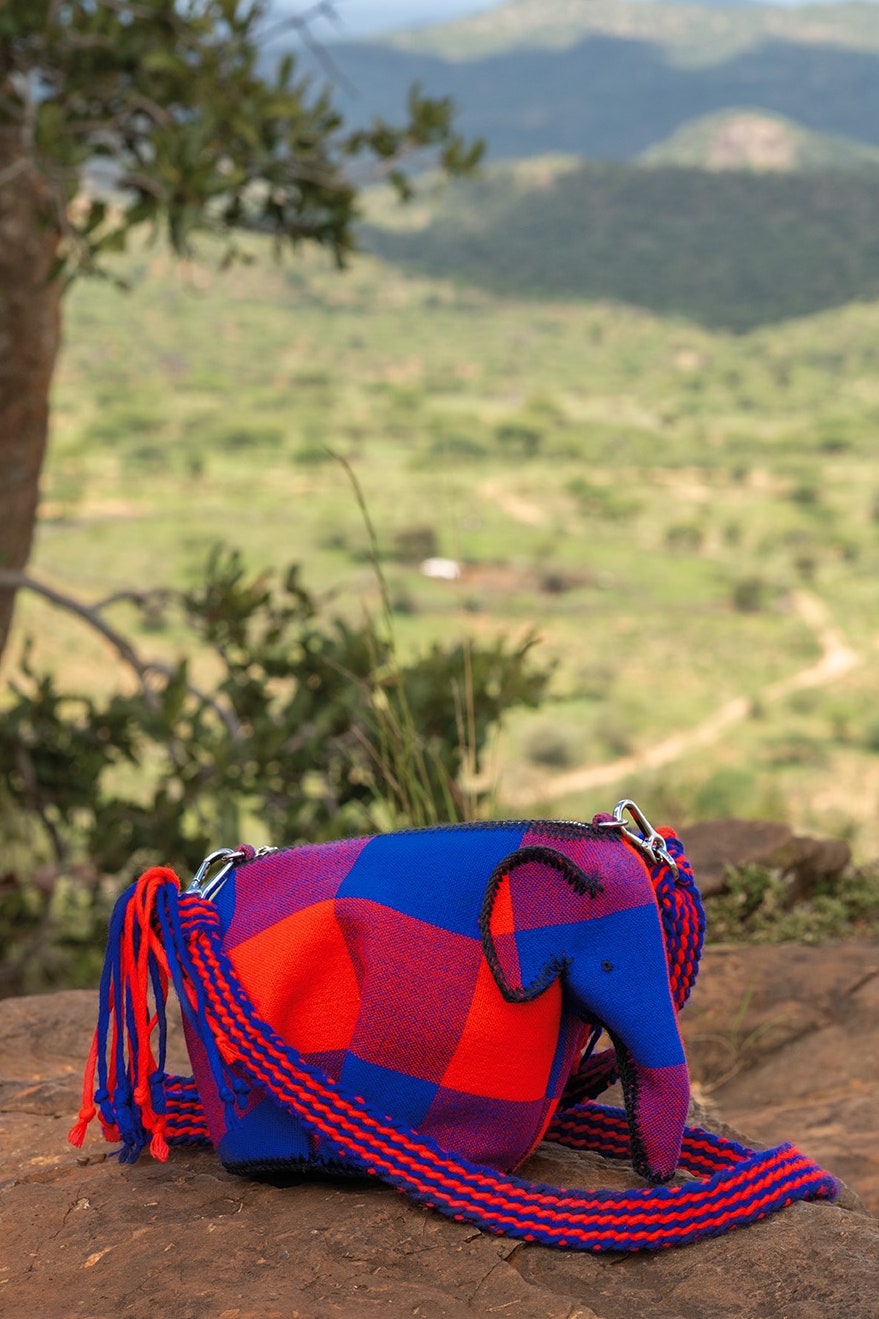 The piece is available exclusively on the Loewe and MyTheresa websites.

This year, the French brand is once again partnering with the AIDS charity Red. This exclusive unisex trainer will symbolise the support given to the international organisation The Global Fund, created to eradicate the AIDS, tuberculosis and malaria epidemics as quickly as possible.

This sneaker with its minimalist yet original design represents Oliver Rousteing’s desire to make this trainer a unique piece. Indeed, it has notes initially scribbled on prototypes and combines the authenticity of the creation with the committed values of the brand, which donates 25% of the profits from the sale to the organisation The Global Funds. 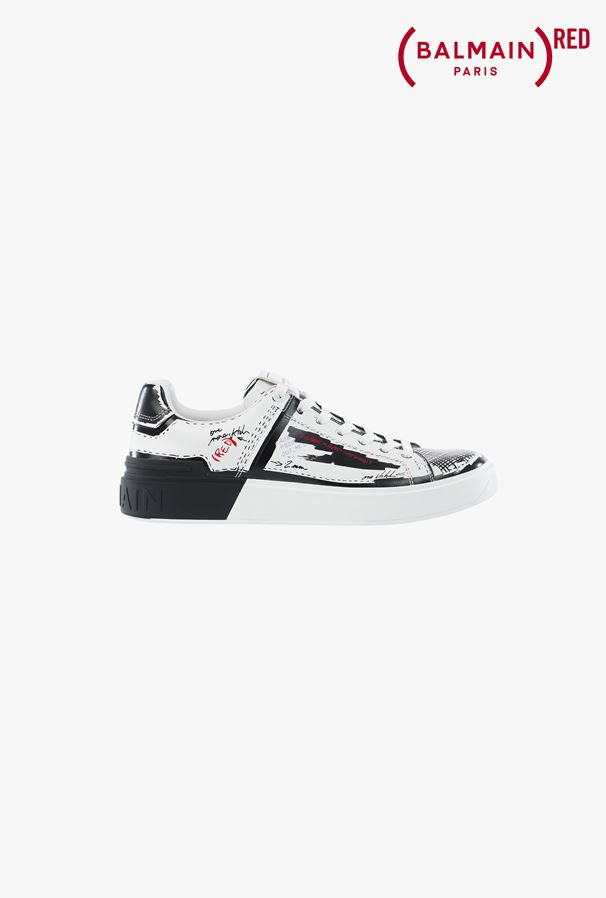 For as long as anyone can remember, Jean Paul Gaultier has been a designer for whom sustainability and all the values involved are a priority. As early as 1996, at the presentation of his spring-summer show, Jean Paul Gaultier surprised us by unveiling a collection entitled “Safe Sex Forever”, a collection committed to the fight against HIV, a fight he has waged throughout his career.

Last month, it was through socks striped with the same words that he is fighting for the cause in aid of the Sidaction association, of which he is an ambassador. 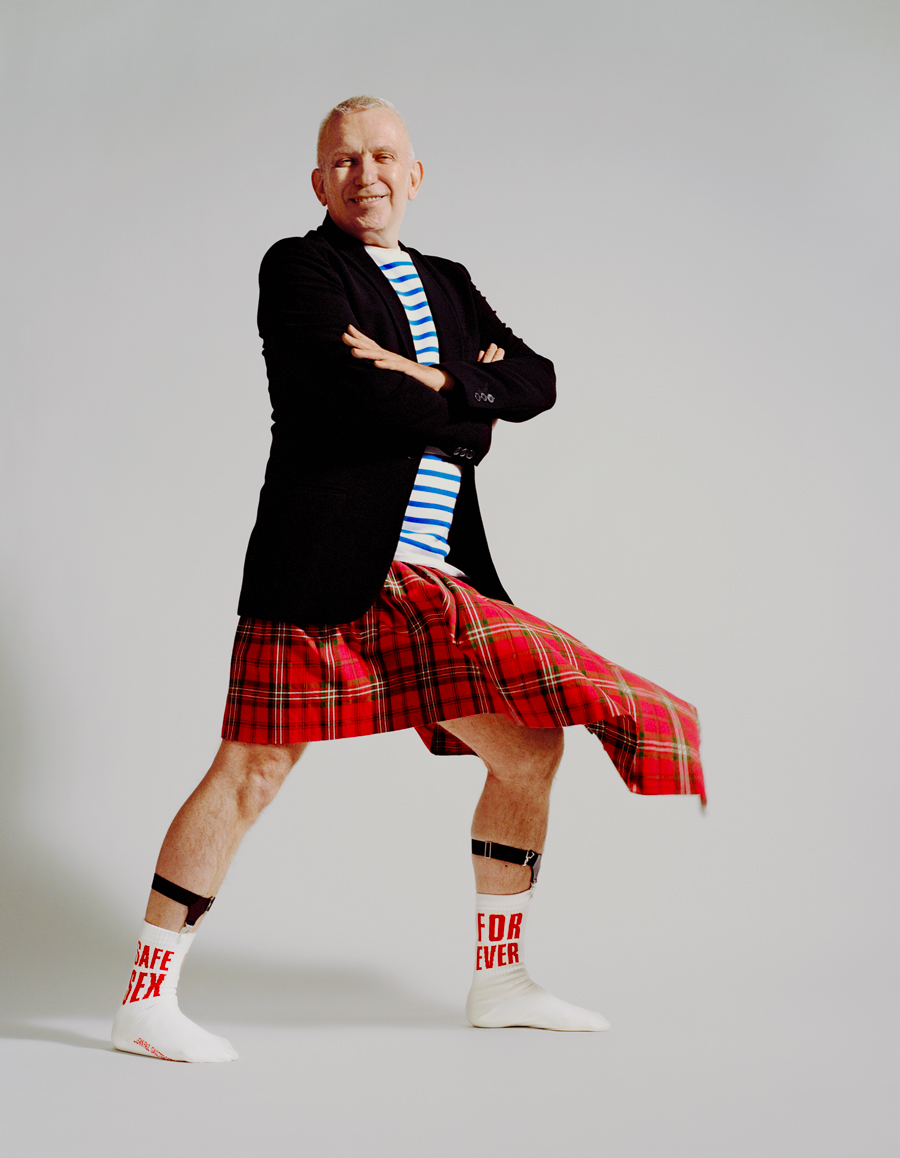 “The fight against AIDS is above all a personal story: this fight is particularly close to my heart. I was confronted with this scourge that took my friend away. I remember the rejection that the sick were confronted with at the beginning. This has always revolted me, even though anyone can be affected one day. I want to speak to young people and try to raise their awareness because too often they think that HIV/AIDS does not concern them,” he explains.

The socks are available for 22€ on the Sidaction website and in Paris, in the Tom Greyhound shop. All profits will be donated to the Sidaction association.

Since 2019, Sarah Burton, Artistic Director of Alexander McQueen has set up several projects to support fashion school students: the opening of an educational studio with several workshops in London and the donation of unused fabrics from the company’s archives.

This year, many more schools across England (20 institutions have been selected) will benefit from this programme. They will have access to these materials throughout the year and for final year projects.

“It is our responsibility to extend our practical support programme and encourage fashion school students. When times are increasingly difficult for young creatives, taking action, sharing our resources and opening our eyes to opportunities has become a central internal commitment at Alexander McQueen that we all take very seriously,” explained Sarah Burton.

Fendi has decided to unveil its future objectives by creating Fendi Factory, a new centre dedicated to development, creation, innovation, training and production, located in Bagno a Ripoli.  The brand also announced on November 11 the launch of a new section of its official website entirely dedicated to its commitment to sustainable development and social responsibility.

In a second step, Fendi unveiled its FF Green capsule collection, which redesigns the contours of the iconic Peekaboo and Baguette bags, this time made from recycled cotton and polyester. 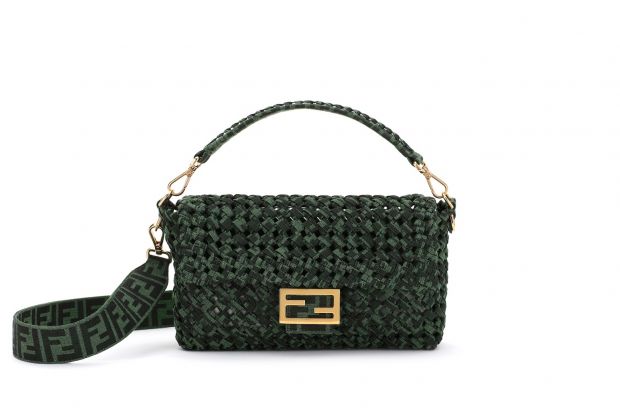