Luxury Watchmaking: The ten most memorable auctions of the year 2020

On January 10, 1971, Gabrielle Chanel, then 87 years old, bowed out of her hotel room at the Ritz. A tribute to one of the greatest French icons of all time, La Grande Mademoiselle Coco Chanel.

Fifty years earlier, late in the night of Sunday, January 10 to Monday, the AFP bulletin came out: “Miss Coco Chanel died Sunday night in Paris. She was 87 years old“. The icon of the French chic style died at 9 pm.

Her last collection, prepared in her sewing workshop on rue Cambon shortly before her death, was presented on January 26th. According to sources close to the palace, “her end was very sweet. We are dismayed because nothing in the previous days suggested such an outcome,” they say.

Coco Chanel spends her last moments in this palace that she loves so much. In 1937, she said of the Ritz: “The Ritz is my home“. She spent an important part of her life in this 188 m2 suite on the second floor of the Ritz. The windows of her suite overlook the Place Vendôme. Nevertheless, she left her Parisian sanctuary for about ten years after the war to settle in Switzerland and to get away from her ties with the German occupiers. 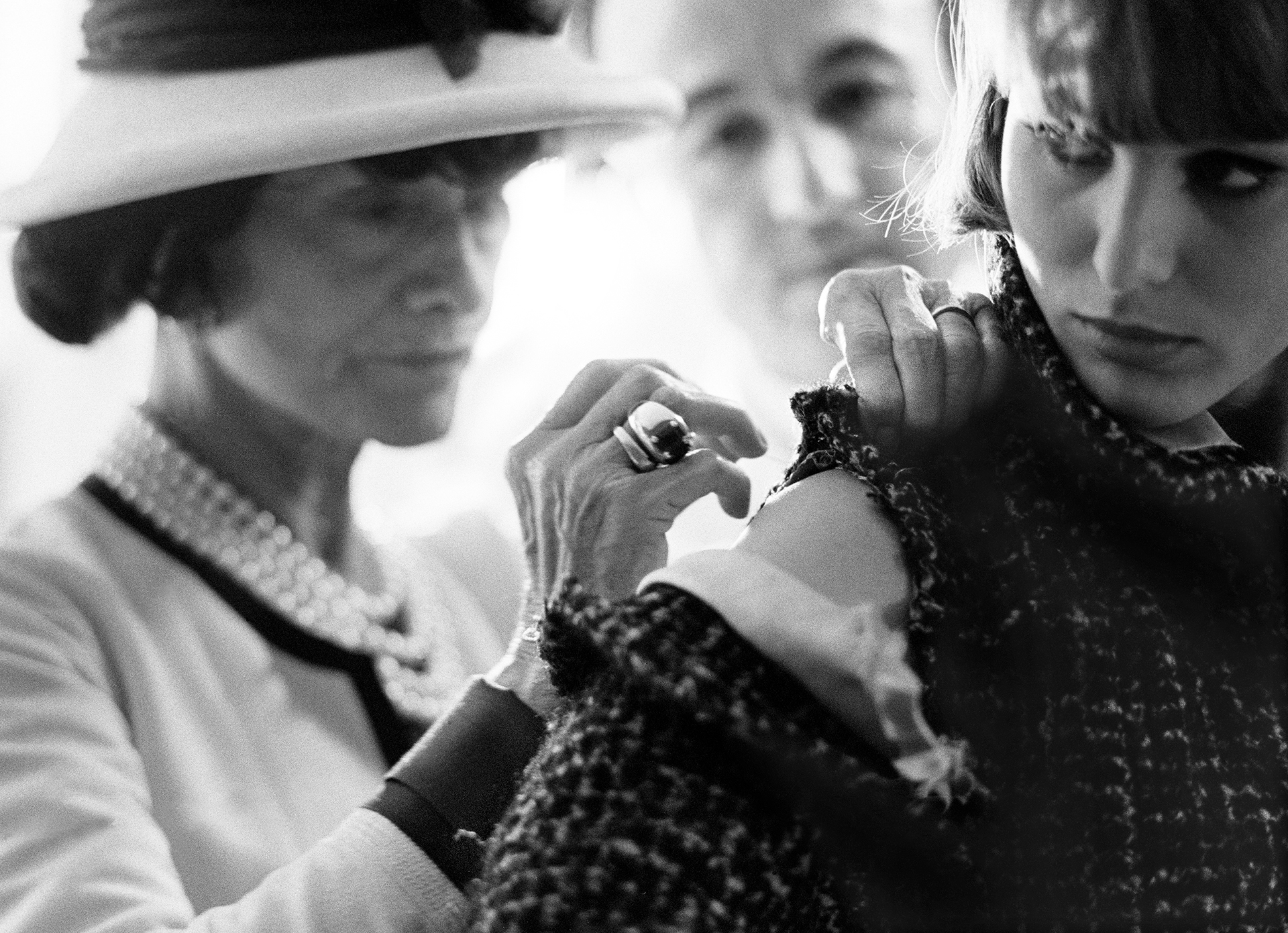 “Black is timeless,” she used to say. This little-used refuge was dressed in the same black. The designer, a perfectionist down to the smallest detail, revisited the decoration of her suite at the Ritz, bringing her suede sofa and Chinese screens from her workshop on rue Cambon.

Talismans dot the rooms, some representing her star sign, the protective lion and others representing wheat, a symbol of happiness and prosperity. This symbolism of wheat even appeared in the form of a painting, offered by his friend Salvador Dali.

Coco Chanel had specifically requested it: no one could enter her fortress of solitude, and only members of her family, two nieces and a nephew, were allowed to pay him a last tribute.

Numerous tributes followed the announcement, including those of his fashion colleagues. Paco Rabanne described it in these words: “Chanel came with its fine, modern, life-friendly line and blew everyone away with its modernity. I admired it because it was sobriety. She died in full glory“.

“She expressed herself with a rare acuity. Her transcription of elegance, in her dresses, had this same quality“, affirmed Pierre Balmain, who remembers her as an “intelligent person“, whose watchword was: “always remove, always strip, never add; there is no other beauty than the freedom of the body“.

Many will remember Gabrielle Chanel‘s modernity and her willingness to go against the trend of fashion in her time. Breaking codes was her speciality, she knew no gender barriers and spent a long part of her career deconstructing the very foundations of traditional fashion. 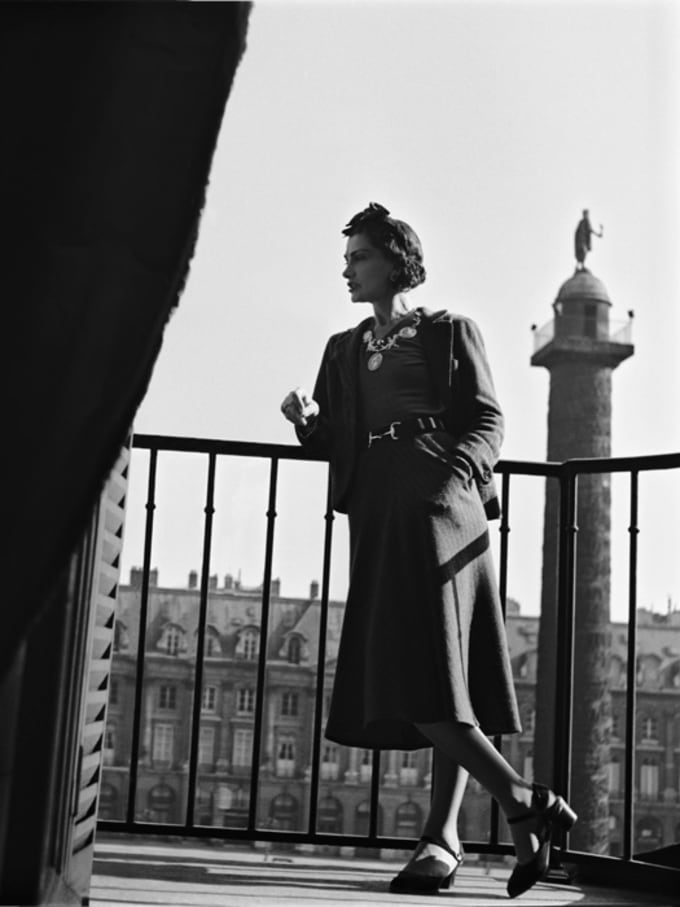 1937 – Gabrielle Chanel at the balcony of her suite at the Ritz Hotel, Paris © Photo Roger Schall

From her very first collections, Gabrielle Chanel‘s creations were inspired by the masculine codes of the dandy, and the suppleness of the tracksuits then reserved for men. When she returned to the front of the stage in 1954, the New Look style signed Christian Dior was all the rage.

It was then that the iconic Chanel suit was born. At first, strongly criticized, the suit has now become one of the most famous fashion pieces of all time and has been the ally of active women for decades.

Coco Chanel‘s funeral was held on Wednesday, January 13, 1971, and AFP reported that “Pierre Cardin, whom Coco Chanel had repeatedly castigated, was not there”. However, the entire haute couture world was present to pay tribute to La Grande Demoiselle. The priest emphasizes “his biting spirit” and “his decent fashion optics“. “She was a believer, in her own way perhaps, but really,” he adds.

Fifty years later, the Palais Galliera, the fashion museum in Paris, is exhibiting until March 14 the first retrospective devoted to this seamstress who revolutionized the fashion of her time.

High-Jewelry: An ode to History and Architecture for the new Cartier and Gucci collections

International Yoga Day: We tell you everything about Body Neutrality in the new Luxus+ Mag!

Take advantage of free shipping on all pre-orders of your new issue!

Christmas 2020 : Three jewellery watches to offer for the holidays

Luxury Watchmaking: The ten most memorable auctions of the year 2020